And he said: “You really hear me!” 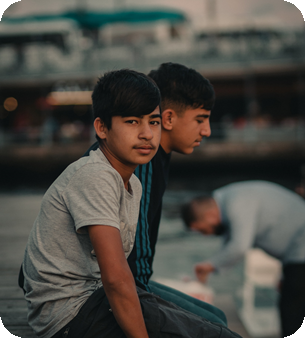 This young man who was nearing adulthood was very respectful and quiet at first. He seemed to have his mind made up about what he wanted to do with his life. But, at the end of 2020, things changed.

When the case first appeared at my desk, the young man hoped to be placed in a guardianship with the foster family he was currently placed with. Based on my experience with the creation of a guardianship, creating the documents to accomplish that should be pretty straight forward.

The young man then decided that he wanted to live with a member of his birth family and asked to be moved to his grandparent’s home. A home study was completed and the decision was made to move him as requested. However, about a month after moving with his grandparents, things were not going well.

After discussions, it was decided that it was best for him that he returned to live with his previous foster family and they were willing and eager to take him back, and so we moved him again. He and the foster family had a really close bond, however, some time went by and something changed in that relationship.

The young man still had the desire to be with a member of his birth family. He had a close relationship with his brother and was living an hour away from him. This conversation was a long one and went on for months. We talked about options for placement with his birth family, we discussed reunifying with one parent that seemed to be doing well, and we discussed his other options. The parent would not return calls, provide the necessary documentation we needed, or let us do a home visit and so we were not able to reunify. This was yet another disappointment for this young man.

We did another home study for the grandparent’s he had previously lived with and we were planning to move him there and change his goal to another planned permanent living arrangement (APPLA) but that did not work out. Once again, we were back to the drawing board. Again, another disappointment for this young man.

Based on all the circumstances, earlier this year, we asked for a goal change and it was approved by the court. We found a placement for him in the same town as his brother and they are now able to see each other daily. He is so happy to be with his brother, be in a supportive placement, and be working his way to independence.

When I moved him to the new foster home, one of the things he said to me is: “You listen to me and you really hear me. None of my other case workers ever did.” I had tears in my eyes. After all he had been through, this young man could have had many behavioral issues, he could have caused trouble, he could have gone down a bad road. Due to the trauma and disappointments he has faced and the family issues and lack of support from his family, his life could have been a lot different. Listening to his needs, making him feel heard and doing what I could to meet his needs is how I made a difference in this young man’s life.