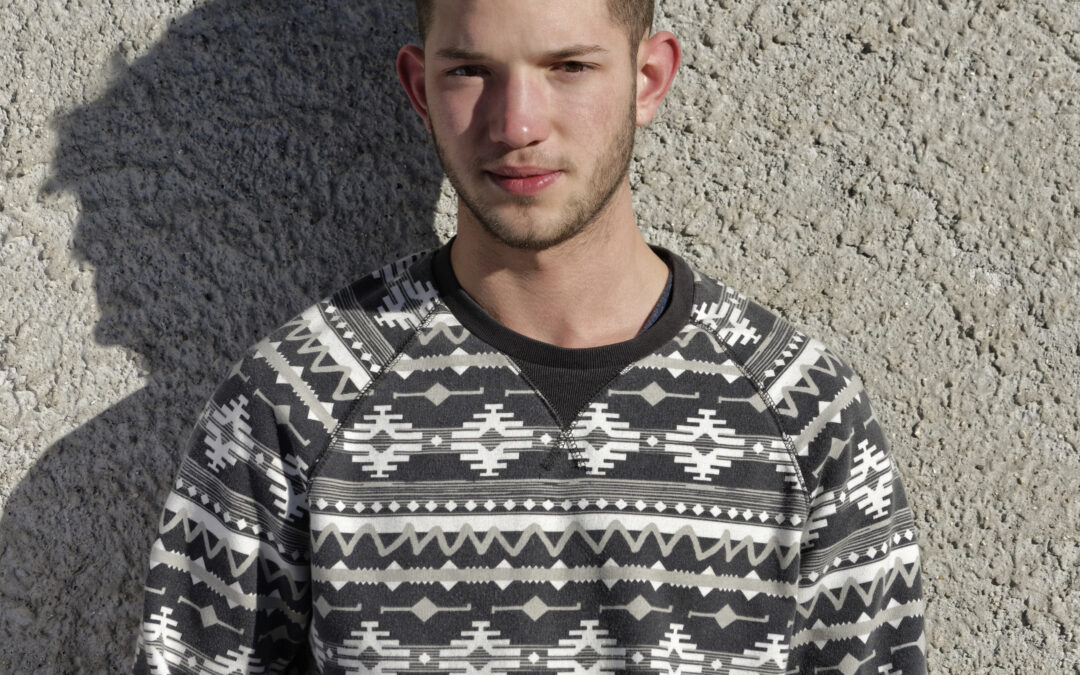 I have a 13-year-old boy on my caseload, we will call him AJ.  After his mother died, he was removed from his father for physical abuse and moved into a residential facility for a year and a half. AJ was eventually placed with a great uncle who had no idea whether he would be able to adopt AJ.

On one of my visits at the beginning of the summer, AJ told me that he was saving money to buy a motorized dirt bike. This is something that he and I have in common—and can talk about for hours. AJ was so proud to tell me that he had started his own lawn mowing business and was mowing 7 lawns in the neighborhood. He then told me that he was walking to these jobs pushing his mower, carrying his weed whacker, and the gas can to refill them.

I went home that night and talked to my husband. He reminded me that a few years ago one of my son’s friends had made himself a cart that he pulled behind his bike to haul his lawn equipment. I contacted my son’s friend and he informed me that he had sold the cart. However, he would be happy to make one for AJ. We talked about all of the features that it would need and he told me that it would be much easier for AJ to haul the trailer with a mountain bike. Unfortunately, AJ’s only bike was a BMX bike. I decided to send an email request asking if the agency could purchase a mountain bike for AJ. In less than 5 minutes, I received a reply authorizing the purchase of a mountain bike. I went out that night and bought it.

The following week my son’s friend had an awesome trailer made for AJ. I took the bike and trailer to AJ that weekend. He was surprised and overcome with emotion. He told me he had not been that happy in a very long time and that he “doesn’t cry” as he hugged me. He told me that he had never had a new bike in his life and didn’t understand why we would do this for him. I told him that we were very proud of him for working hard and that we wanted to help make his job easier.

Long before AJ received the new bike, he made a comment that I will always remember. It was at the end of one of our visits after I had known him for several months. He looked at me and said, “thank you for not being social workie. I actually really like you.” Of course, after he received the bike, he told me that he liked me even more. I’m happy to be part of an organization that helps children heal.

Monday is for Mentoring! Have you ever considered mentoring? There are always plenty of youth in need. Adoption Option Inc. our mentoring program is called YIT. It stands for Youth in Transition. YIT Mentoring services are designed to facilitate readiness for independence into adulthood (Youth ages 14-23). Would you like to help a youth realize their potential by becoming their Mentor? Email Sandy Avery at SAvery@aoicw.org. ...

June is Family Reunification Month. This Thursday, June 24, 2021, at 8:30, am, Adoption Option Inc. will have a short 30-minute program. It will be packed with information on how we also help rebuild families not just create new ones. Also, find out how YOU TOO can be a part of Rebuilding Families in our Community and the entire Great Lakes Bay Region.Click here to join the program this Thursday, June 24, 2021, at 8:30 am for 30 minutes packed with Powerful, Promising, and Poignant Stories & Information. adoptionoptioninc.org/reunification-fact-sheet/ ...

Why Choose Adoption Option? The people at AOICWO are fully committed to helping children find a permanent loving and nurturing family. We firmly believe “a child reached is a child saved.” More Information Family Preservation Adoption Options allows families to take the lead and make choices as ...
View on Facebook
· Share

Happy Father's Day to all the Wonderful & Amazing Men who take time to be Fathers! To all the Husbands, Brothers, Uncles, Sons and male Friends that take the time to Love us, Care for us, Check in on Us. To all the men who have no children but care enough to take time to mentor or love a child, friend or loved one that you don't have to, on this day we celebrate you! A very special SHOUT OUT & very special THANK YOU to all the Foster, Adoptive, and Step Fathers who made the choice to LOVE "A Child that needed to Reached and Saved!" If you have extra love to give there's always a need for GREAT FOSTER PARENTS! Email us at FosterParent@aoicw.org and ask for an Informational Welcome Packet!#HappyFathersDay#fosteringsaveslives#FosterFather#adoptivefather#adoption#adoptionisanoption ...

President Joe Biden Officially signed Juneteenth into the halls of history by making it a federal holiday. But if you would like to know more the New York Times Article below can help educate!www.nytimes.com/article/juneteenth-day-celebration.html#Juneteenth ...

So You Want to Learn About Juneteenth?

On June 19, 1865, enslaved African-Americans in Galveston, Texas, were told they were free. A century and a half later, people in cities and towns across the U.S. continue to celebrate the occasion.
View on Facebook
· Share