The Gift of a Life Restored, There is Hope for Everyone 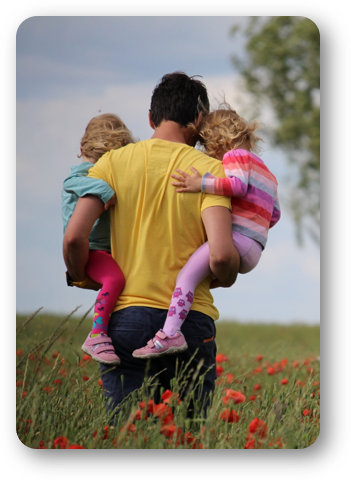 I began working with a young man in his mid-twenties in November 2021. Unlike the oftentimes awkwardness of an initial meeting, this young man was immediately open with his life story, humble about past mistakes, and hopeful for a future that includes sobriety, college, and a career that brings fulfillment.

This young man told me that his problems with an addiction to unlawful drugs began at the age of fifteen. Although his father made cruel and unsafe efforts to try to stop him from using drugs,  he continued. This young man became a teenage father at the birth of his first child and a second time father in his early twenties. He told me that he was living in a car less than two years ago and had in the past contemplated how ending his life would take away the pain of living his life.

Nearly 18 months ago, this courageous young man made the decision to put himself into a rehabilitation program. He shared the very difficult moments of becoming sober; stating that detoxing from alcohol was much harder than detoxing from drug addiction. He shared moments of banging his head against the wall to stop the cravings that were trying to pull him back to one more drink, one more hit. He shared humorous moments of learning to live in a home with others in addiction recovery. He said he has grown in humility as he has had to ask for the help of mentors and sponsors that have gone before him in the recovery process. He said that he has learned that he does believe in God and that deep down he always has.

As this young man graciously trusted me with his life story, one topic persistently came to the surface each week. He yearns to be a good father. He has forgiven his parents their mistakes and is in the process of healing his relationship with his father. That being said, he speaks with passion that he wants his children to know they can count on him. In one conversation, he shared with me that his parents never told him they were proud of him, as he stated ‘not even once’. He told me that he googled ‘what a parent should be proud of their children for’ so that he would have ideas on how to tell his children he is proud of them!

This young man soaks up our Nurturing Parenting topic lessons. He openly discusses when he feels he has made progress in his relationship with his son and daughter and where he feels he is still lacking. This young man has stated that through sobriety he is learning to express the love for his children that he was unable to as an addict and he is dedicated!

How was I able to make a difference? I discerned quickly that this young man was not simply ‘checking the box’ of another program. He wants to learn, change, form new parenting patterns of communication and empathy in his life and the lives of his children. I discerned that my role was not simply going to be ‘the parent education lady’. I began to hear that he grew up with a mother that did her best but was working through her own life issues and was unable to provide the security, encouragement and love for ‘being’ all that her children needed.

I began to spend time simply giving this young man time to talk…about everything! He has discussed his goals for college and what scares him, his goal for a car and a home that he feels is adequate for his children to visit, his workout routine, his enthusiasm for health and fitness, his struggles at work and being on time! He has shared that he is nervous to parent a daughter as she approaches the teen years. We have laughed as he talks about his aches and pains because as he says: “he is getting older…26”! It is time this young man really wants, and it is time I am able to give.

As December approached, he was visibly ‘down’. He stated that he was struggling to give his children the Christmas gifts he felt a father should be able to provide his children. He shared the personality traits of each of his children. As I listened, I contemplated how I could help. WIth a little creativity, I found a way to help his children have a Christmas with gifts that would delight. On one of our visits I brought a box full of gifts for a father to give to his children on Christmas morning. He was thrilled and thankful for our agency providing such wonderful gifts for him to give! He has told me several times that his children loved their gifts and continue to use them.

So, did I make a difference? Maybe a small piece of his recovery process. But in truth the real difference has been in me as I have been given the gift of watching a life restored.